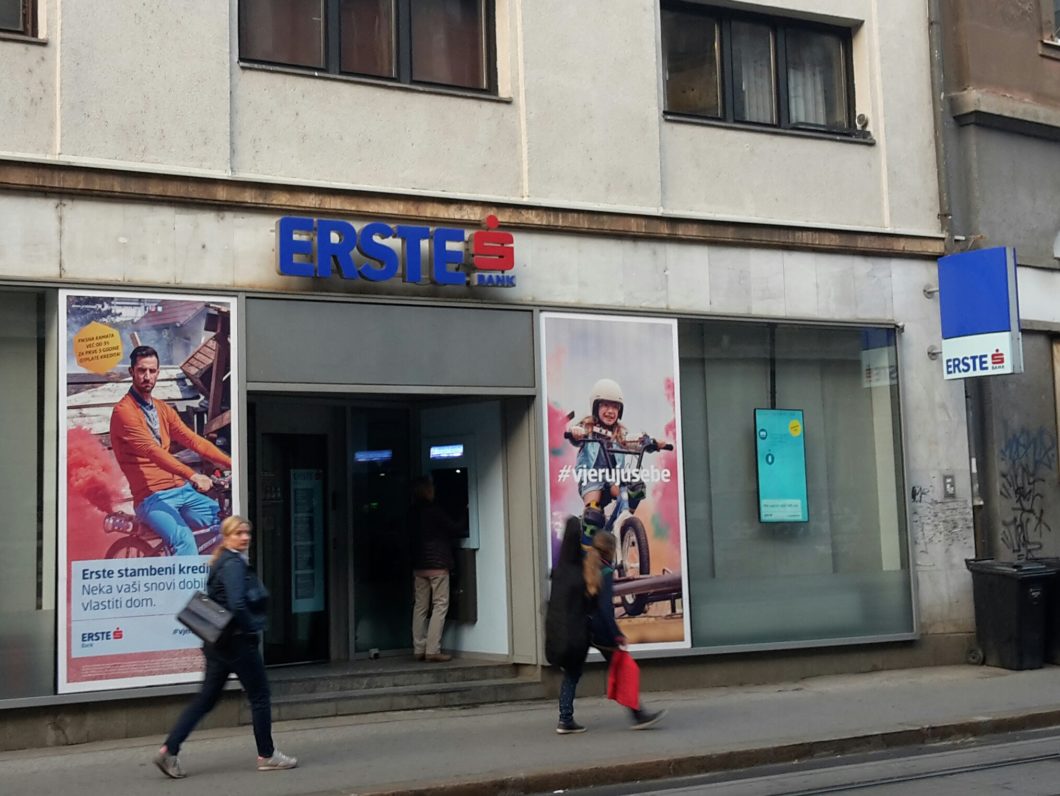 All of this explains why the Erste Bank designed a new logo that was
scheduled to be rolled out in 2012. But this doesn’t explain why the logo
is still the red S all over Zagreb. Plus I don’t understand why a company
has to pay so much money for such a long time before deciding to pay a
designer to make a new logo.

There’s a lot more to be said about foreign banks and foreign capital in
Croatia, but I’ll save that for another time.