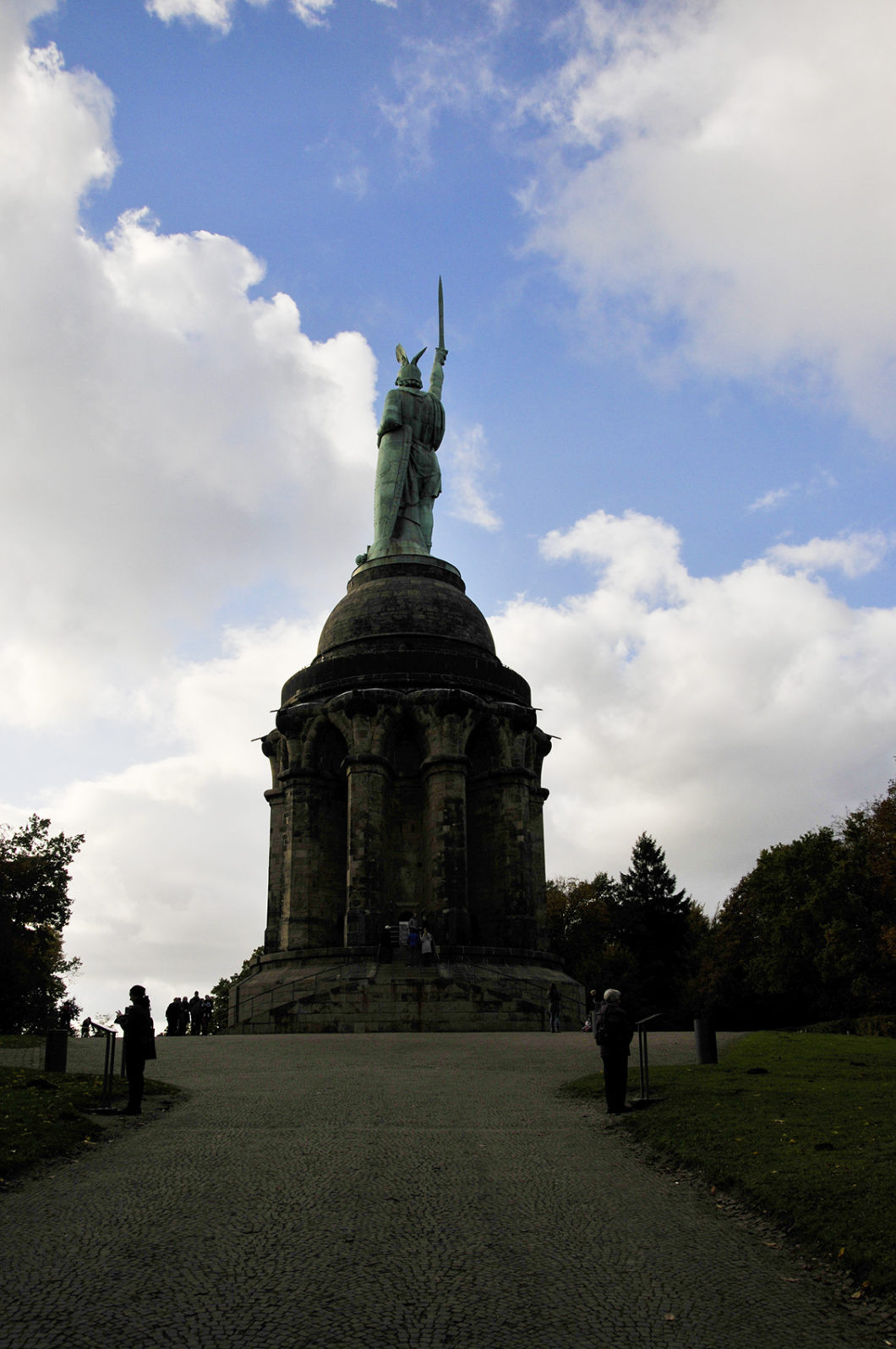 ** On my way back from Bohemia to Essen I stopped by the Hermanndenksmal: the Arminius monument in the Teutoburg forest (I came back in the area 8 years after my performance at MARTa Herford for the farewell event of Jan Hoet). This monument – devoted to the war chief in a battle (year 9 A.D.) considered fundamental in 19th century for the rise of a German identity – is more than 50 meters high. We can say it is as much high as relics of the mines.
Two different symbols of the nation. In the same way two strong symbols, protected as cultural heritage, very physical vertical landmarks aiming at the sky. But the battle was done down from the pedestal and the mines deep in the deepest underground.
The void is the landmark, underground is the monument, on it we have to reflect…