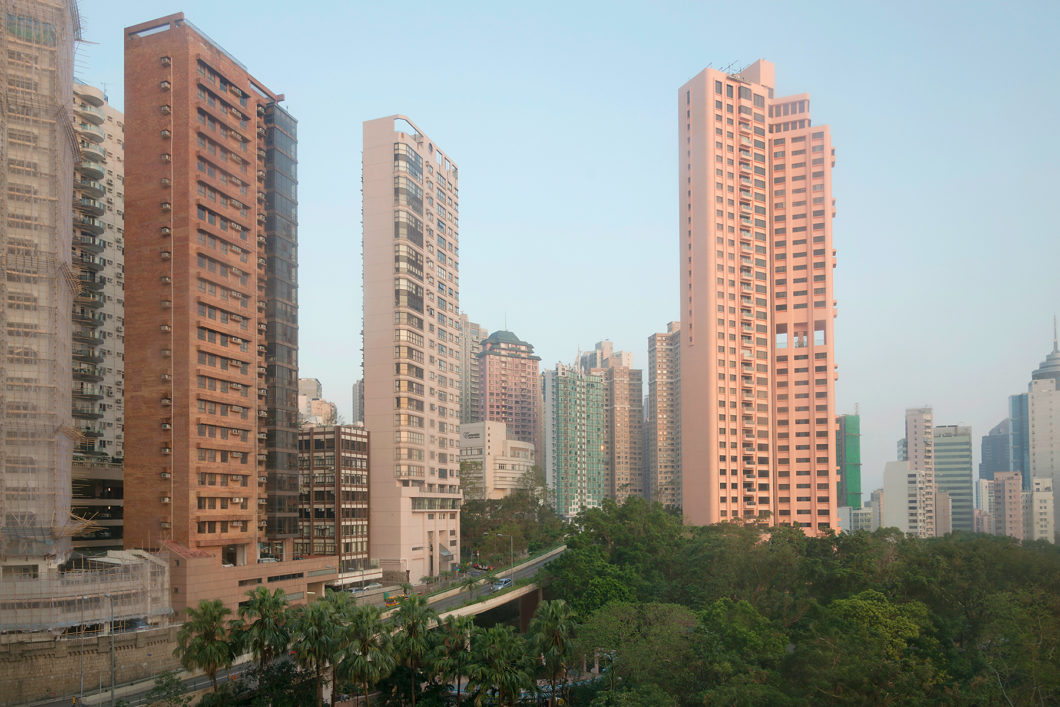 Garden View, the name is program. The hotel rests in the so-called mid-levels accessible via the Central Mid-Levels Escalator, a system of escalators that connects the Central and Mid-Levels neighborhoods. Overlooking the surrounding cityscape and the Botanical Garden, I get a first impression of Hong Kong. A place of tranquillity in the middle of a bustling metropolis, densely built on the narrowest of urban space. The urban jungle mixes with man-made green spaces.