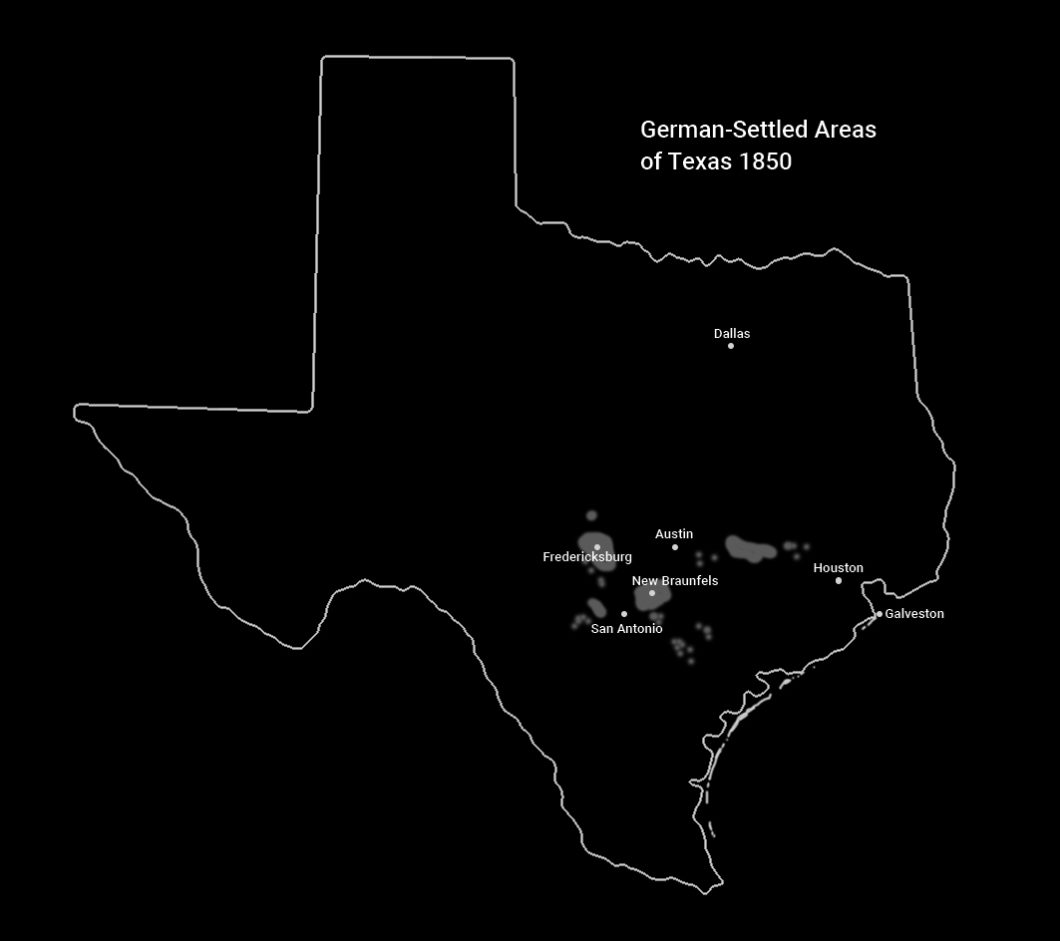 In Germany people noticed nearly nothing about the starting difficulties.
So the Texas fever continued. Soon, more settlement area was needed. The
successor to Prince Solms, John O. Mäusebach, set out in search of it. In
the north-west, about 100 kilometers far from New Braunfels, he was
successful and founded May 8, 1946 Fredericksburg. But Comanches lived
here, too. And live with them was full of conflicts. Mäusebach succeeded in
negotiating a peace treaty with them – until today the only contract with
Indians which was never broken. When Texas joined the US in 1845, the
nobility’s dream of a second German state – Neu-Deutschland – had burst.
Even today, Fredericksburg and New Braunfels form the heart of the
so-called German Belt. I focus on both cities during my research trip.